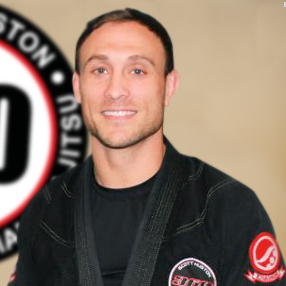 Scott began training Jiu-Jitsu at a local academy while stationed in San Diego, CA serving as a Marine Corps Martial Arts Instructor. He received his black belt from Rodrigo “Comprido” Medeiros and now has 17 years of martial arts experience and instruction. Scott is highly regarded by many as one of the most technical instructors and top notch Jiu-Jitsu practitioners in the region. He is also one of the most active and accomplished competitors in the state with numerous titles to his credit.

Scott’s passion for Jiu-Jitsu combined with the unique ability to both successfully teach and compete at the highest level is what sets him apart. Scott earned his BS degree in Kinesiology from the University of Illinois at Chicago (UIC) and is currently a certified personal trainer. His goal is to educate people of all ages on the importance of maintaining a healthy body and mind through fitness and martial arts.